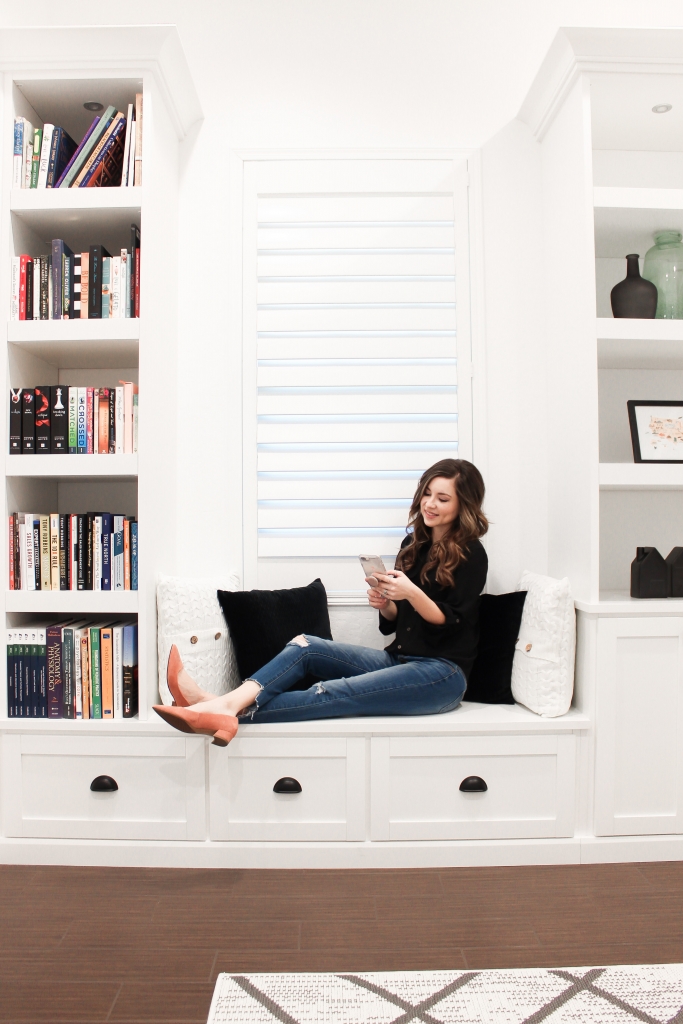 I know it’s now October but I couldn’t go without sharing with you all what I watched and read. September felt kind of like it was super busy and all over the place so I didn’t have too much time to watch too many things and by the time I even thought about reading my book in the evening I was exhausted lol! I’m going to be doing a fall edition soon so be on the look out for that!

Falling Inn Love ( Netflix) – If you love romantic comedies this one is cute. It’s kind of corny but cute! The singer now actress Christina Milian wins an inn and she tries to fix it up but turns out it isn’t as easy she thought it was going to be!

Mortal Engines ( HULU ) – Chris and I wanted to watch a movie one night and decided on this one. It was okay movie. The story line was bit confusing after watching for a while but I did think that this movie did a good job with the graphics. Is that the right word? I don’t know but it was shot really cool!

Isn’t It Romantic  ( HULU ) Ever since Pitch Perfect I’ve thought Rebel Wilson is hilarious. This one stars Rebel and Liam Hemsworth. It’s another great romcom!

Four Weddings and a Funeral ( HULU ) –  I watched this in just a few days I loved it! A group of friends that met in college share their lives which include 4 weddings and a funeral. This was a movie ( not a fan of it ) and they remade it into this adorable show.

9-1-1 ( HULU ) – This show is intense! I’ve only seen 7 episodes so far but can’t get enough! This is about the day to day stories of firefighters and cops. The reason why it’s taken me a bit longer to watch is because it started off as my show then Chris got hooked so now I wait for him to come home so WE can watch lol!

Another Life  ( Netflix ) – If you love sci-fi I would recommend this one.  An alien formation shows up on earth and no one knows if why. A crew is sent to space to find out why while the ones on earth try to communicate with it.

The I-sland ( Netflix )  – Chris and I are a little over half way through this series and really like it! A group of people wake up on an island and don’t remember who they are and are trying to figure out that and how to get off the island. There is lots of twists and turns which keep you wanting to watch more!

Meet Cute – Helena Hunting ( Audiobook ) By now you know I love a cute heartfelt book with some sort of comedic romance. Which is why I chose this one! Character Kailyn runs into her on screen crush and law school nemesis ( Daxton ) a few years later at work under unfortunate circumstances. While she couldn’t stand him in law school she later realizes that he’s not who he was or who she was either. This book had some sassy language so be advised. With this being an audiobook I liked how they had a male and female reader.

You all know the drill if you have watch or read let me below! Thanks so much for reading! Have a great Friday!

How I Make My Pumpkin Spice Coffee